The Rest of Us Just Live Here by Patrick Ness is a novel about finding the extraordinary in the ordinary and how you don’t have to be a hero to be the hero of your own story. This book was built around an interesting premise and while it’s obvious that Ness is a masterful writer the story itself didn’t do much for me. I suppose when you write a book about the average people then you shouldn’t be too surprised when the story you’re telling ends up being… average.

For Mikey his life is all about graduating high school, going to college, and managing his anxiety loops and that’s okay because he knows his place. He and his friends aren’t like the ‘Indie Kids’; that close knit group of teens with fringe names who are always being revealed as chosen ones or are falling in love with vampires and dying. They aren’t those kids and frankly they’re happy about that because they’re lives are hard enough without the supernatural thrown into the mix.

Mikey was a character who both fascinated and frustrated me. As a male narrator he could be surprisingly dramatic and overemotional at times but in a way that was also refreshing. His struggle with anxiety and OCD was a moving one and the humility he showed by seeking help was refreshing. Mikey could be frustrating, dense, and stubborn but that only served to make him more relatable, more human. It was Mikey’s refreshing brokenness and humanity that kept this book from being a complete flop for me.

The most important people in Mikey’s life are his two sisters and his two best friends. There’s his brilliant little sister who they’re all hoping turns out okay, his older sister who struggles with feelings of insufficiency coupled with her eating disorder, his best friend who is gay and half god, and the girl he’s been in love with forever but still doesn’t fully understand his feelings for. The dynamic in their group is a unique one full of shared history, trust, and evolution. These characters change a lot over the course of the story both in little ways and big. And they didn’t need constant peril to do it.

This story also addresses how sometimes what we want is just what we think we want. Sometimes what we want is exactly what we need. Sometimes the desire to be special can keep us from seeing the amazing opportunities that are standing right in front of us. Sometimes the only people who can save us are ourselves but sometimes we need to lean heavily on the people closest to us and trust they’ll be there to catch us if we fall.

I won’t lie, the book was slow. Call it conditioning but I kept waiting for something dramatic to happen and it never did. These characters really were just ordinary and epic save the world scenarios weren’t in the cards for them. At the beginning of each chapter was a short glimpse into what the ‘Indie Kids’ were doing and too often I found those snippets to be more interesting than the story I was reading. It was all very ironic and satirical and I liked it as much as it annoyed me. So in that way you could say it was pretty balanced but balanced doesn’t make for a gripping novel.

In the end this book was a good story about personal growth, how our futures aren’t something to fear but rather something to embrace and how together we’re all the heroes of our own stories. If this was a contemporary maybe that would have been enough but I was expecting a fantasy, something with a little more oomph. This just didn’t deliver that. It was a slow, methodical, steady read so if that’s what you’re looking for I couldn’t recommend it more. Just don’t expect any of that high action chosen one nonsense. Not all of us are Indie Kids, some of us just live here. 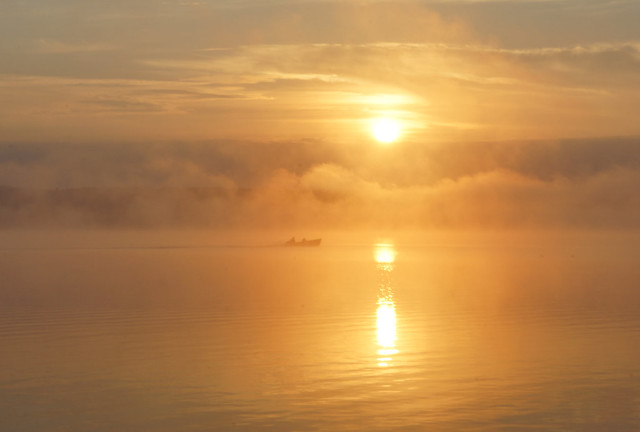