Ruined by Amy Tintera is a story of revenge, politics and doomed love set in a lavishly created world full of danger and drama. This book gave me so many mixed feelings. The beginning gripped me but at the midway point some too common tropes lost me then the big finale threw a monkey wrench into everything and my whole view of the book shifted. I thought this book was going to be a major disappointment but then Tintera swerved in a different direction and I was pleasantly surprised as well as a bit peeved by that.

When the kingdom of Lera invaded the kingdom of Ruina princess Emaline Flores lost everything. Her parents died, her people were slaughtered and her little sister was taken prisoner by the people she now hated most in the world. As a Ruined without any markings Em is powerless and therefore considered useless and not worthy to rule her people. So she devises a plot to get her sister back by posing as a princess from another country and marrying Casimir the Lera prince. From her position inside the court she allies with the warrior nation of Oslo and plans to take Lera down, killing the whole royal family, and getting her sister back in the process.

Em is a cool character; a strong woman who knows her way around combat, is single minded in her pursuit of what she wants, and feels things deeply without being weak. Em does this thing where she cases every room for weapons and escape strategies in case of emergencies which makes her seriously bad-ass. My problem was that like too many female characters she falls in love with the person who she was supposed to want dead and it softens her edges. This is a personal pet peeve of mine and even though I like Cas I still don’t like this particular trope.

Cas is one of those characters who is kind of too good to be true and I wasn’t sure if that made me love him more or kind of resent him. Raised by a particularly nasty family with some serious prejudices and grudges he somehow turned out to be a decent human being. Cas is compassionate, sympathetic, open-minded, and kind; plus he’s good with a sword and not a complete pushover. Like I said he’s too good to be true and I would have liked a bit more explanation of how he got to be that way, what influences other than his family were present to mold him into the person we meet and love in this book.

Getting dual perspective was nice because without it I definitely would have rated this book lower. Without being in the thoughts of both main characters a lot of the depth of this story would have been lost and it would have just been a flat story about revenge and bad romantic choices. I think if we had only heard from Em or only heard from Cas then I never would have properly cared about whoever’s voice wasn’t represented. It was just that kind of story.

I don’t like giving spoilers in my reviews but I do believe this book has a few flaws that need to be pointed out to the potential reader. A few of these points could be considered spoilery. So if you’re worried about slight spoilers please skip to the last paragraph of this review now.

This book features a revenge plot spoiled by falling in love. Sadly there are certain irrational actions that go hand in hand with a story like that. For instance characters not being open with each other until it’s either too late or almost too late for things to be resolved without bloodshed. It annoys me personally when this happens because while I know stories need tension I don’t like this kind of tension.

The prince who’s family was targeted and the princess who’s family were slaughtered somehow manage to fall in love, decide they hate each other, forgive each other, and then agree to be parted again and the whole thing was kinda tropey for me. If you are willing to sift through a bit of that in the middle of this book the ending isn’t bad.

All that being said the ending surprised me. I like it. There was backstabbing, bloody battle, magical warfare, psychotic siblings and an overall chaotic ending that hit every pressure point for tension and excitement. Halfway through this book I wasn’t sure if I wanted to finish but by the time it was over I had a strong feeling I would be reading the sequel.

So in conclusion Ruined is a novel that falls into some of the more common tropes and some of the supporting characters are a bit cookie cutter but the bulk of the book is engaging and inventive. The main characters are relatable and easy to cheer for. There are a few sharps twists that keep it inventive and the history and setting are lush and enticing.  Overall I would recommend this book to any lover of fantasy and court intrigue with a healthy dose of bloodshed. 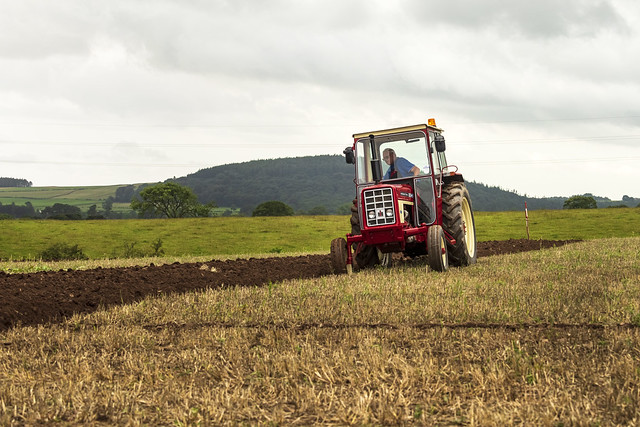